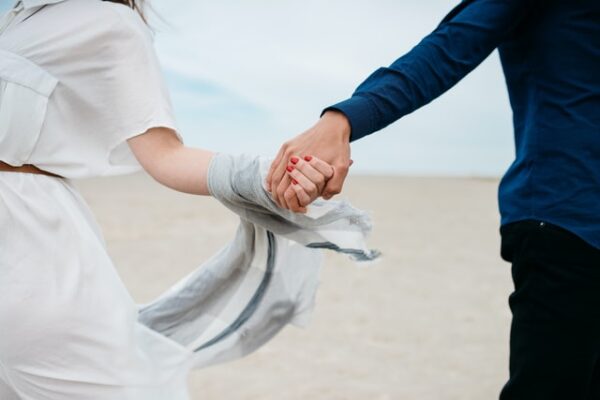 Being in love is possibly the most beautiful feeling. But you have been dating him for a while and deep inside you have this nagging thought is he serious about you?

Does he envision a future with you? You cannot directly ask him because it’s just is too awkward!

But you still want to know what’s going on in his mind? As the saying goes, action speaks louder than words. When a man is for keeps his actions will indicate if he is serious about you.

Pay attention to his thought patterns and behavior to understand how strongly he feels about you. This post will discuss 20 signs which reveal if your man is really serious about you and if he thinking about a future with you.

20 ways to know if your boyfriend is serious about you

There are certain general perceptions about men not being very open about their feelings.

They are considered either confused or commitment phobic or both. But if your boyfriend is serious about you his behavior will reflect the same.

He will respect your feelings and be open about his. Overall your relationship would feel effortless.

1. He shares his future plans with you

When a man is serious about you, he will discuss his future plans with you.

He will talk about his dreams, aspirations and you being a part of those.

He’ll speak about having a life together;  setting up a home, probably moving in together, career goals, money goals, having a family, adopting a pet together.

In short everything you guys can possibly do together.

2. He is gradually spending more time with you

This is one of the major signs of any relationship how much time are you spending with each other?

And healthy is your communication? When a guy is serious about you naturally he would want to spend more time with you.

It‘s basic human nature we move towards people we are attracted to. You have to observe here though how does he feel spending time with you.

3. Your opinion matters to him

He doesn’t hesitate to seek your advice in troubling situations and even otherwise.

He values your advice and is attentive to what you have to say.

Observe his body language when he is listening to your suggestions.

If you said yes to both these questions your man certainly values your opinion and has no qualms discussing his problems with you.

Also don’t be surprised if he seeks your opinion in trivial matters, like if a particular color suits him and so on.

These simple things show his dependency and reliability on you which is really important for any relationship.

4. He enjoys having long conversations with you

He enjoys having long and deep interactions with you. You talk endlessly about everything under the sun. And you talk everyday! Even if you can’t meet you have these amazing conversations on phone. Here you have to note 3 important things

If a man puts so much effort in interacting with you each day then you are certainly special to him.

5. You are a priority for him

When a guy really likes you he will make you his priority.

This means, you are generally the first person he calls morning and last one he talks to at night.

He rarely cancels your dates.

But just to clarify here, making you a priority doesn’t mean being clingy or too needy in a relationship.

Those are signs of a toxic relationship so run at the first instance if you are involved in one.

When he makes you a priority it means he’s there when you need him.

Even if he is suddenly busy with a 100 other things in his life; because let’s admit life is unpredictable, he’ll still make sure you know how much you matter to him.

In his own way he will make a special place for you in his life where you don’t have to fight for his attention.

6. He rarely skips his commitments

When a man is serious about you, he will take his commitments seriously.

It could be as simple as going out on a dinner date on a Wednesday night even though he is dead tired.

But if that happens frequently your guy is most definitely taking you for granted.

Even if he can’t meet you on a particular day he will let you know and be just as bummed!

While making plans he’ll consider you convenience as well.

In case, if he makes last minute plans he will make sure you are comfortable with it.

7. Introduces you to his friends and family

Even you’ll agree this is a major one.

When a man introduces you to his friends and family he is acknowledging your relationship.

If he takes you frequently to his family gatherings your man is definitely thinking about a future with you.

When you meet his family he makes sure you’re comfortable.

His family also treats you as a part of the brood.

There’s a very real possibility you’ll hear some goofy tales about your man.

8. He wants to know your folks

He wants know your side of the family and meet your friends.

You can clearly see he wants to make a good impression and is nervous what they’ll think of him.

When he actually meets them you see he’s making all efforts to mingle in.

No guy would go through all that trouble, if he isn’t serious about you.

9. He makes you happy

At the end of the day he just wants to see you happy, whether it’s by planning pleasant surprises for you or getting you well-thought out gifts, it might not be an expensive present but you can see his intention behind it.

10. He misses you when you are not there

If his friends have ever told you ‘He just can’t stop talking about you’ you can be sure he loves you and misses you when you aren’t around.

An important thing to note in your boyfriend’s behavior is how he refers to your relationship when speaking to others.

Like saying, “We both love photography.” Or “Yes, we really loved that movie.”

If he frequently refers you guys as ‘we’ he is going full couple mode.

He makes it clear in as many words to others that he is not single anymore.

If a man is in for the long haul he won’t force you to move faster in the relationship.

He respects your personal space and your need to adjust into a relationship, before getting closer.

13. He tries to resolve arguments

No relationship is without its share of fights and arguments.

But if a man is serious about you he’ll try to resolve differences instead of escalating them.

Even if he says some unsavory things, in the heat of the moment he apologies after you both have cooled down.

He doesn’t treat you as a fling.

This means he doesn’t call you whenever he is bored and then doesn’t keep in touch and then suddenly calls you again abruptly because guess what he’s bored!

When he is serious about you he will maintain regular contact.

RELATED POST:THE UGLY TRUTH OF BEING IN A FRIENDZONE

Trust is the foundation of any relationship.

When a man trusts you he’ll share with you not just the good things but even unpleasant ones like his fears and insecurities.

He’ll be open about his past as well.

Also note if he has spoken about deeply personal things right after you have started dating him there’s something fishy!

Just consider this will you open your heart to someone you barely know for only a week?

If a man opens up too quickly, narrating victimhood stories he is luring you with sympathy. So notice the red flag ladies!

16. He shares his interests and well everything else!

He voluntarily shares things with you, like how was his day? What are his hobbies?

He loves to include you in his interests as well.

Like if you know nothing about soccer and he is a soccer fanatic he will probably be more than happy to explain you the nuances of the game.

17. He is curious about you

He is curious about your preferences, likes and dislikes.

Not only this, he actually remembers things about you.

For example, your favorite vacation spot or favorite color.

These may seem like frivolous things, but these little details are important, it means he pays attention and keeps a mental note of your preferences..

On your bad days he is patient with you; he listens to your rants and comforts you. He doesn’t judge you when you aren’t in your best of moods or perhaps even a little snappy.

19. He loves your goofiness

We all have certain quirks and oddities which makes us less than perfect, but if a man truly loves you he would even mind the fact that you’re imperfect, infact in he secretly finds you cute when you are goofy.

He is your strongest pillar of support.

If you are in trouble he will have your back.

He motivates and encourages you to go after your dreams.

Nothing makes him happier than to see you succeed.

It is said the best couples are those who have this incredible connection.

They understand each even without speaking.

Their intuition for each other works on a telepathic level.

If you are meant to be with this guy you will experience this amazing chemistry.

Finally, when he is really serious about you

You can just feel it in your gut.

He will be protective about you and make it clear to others that you are dating exclusively.

You can clearly see he is really is thinking of taking your relationship to the next level.

So that’s it! Note those little signs to understand where your relationship is headed.

Thank you for reading this post. Which of these suggestions can you really relate to?

27 Thoughtful Gifts For Him